On a recent episode of Adventures in Angular the panelists discuss some of the frustrations encountered in deploying an Angular app to a production environment. Heroku was mentioned as one of the hosting options which got my attention since that is what I’ve been neck deep in for the last year. While it’s not as simple as just a git push heroku master that you may have become used to in Rails, I’d argue that it’s not necessarily a bad thing. I would even say that it’s not the dumpster fire that it was described as. Maybe a small trash can fire, but totally manageable and sometimes pleasant.

This post is a documentation of my development, release, and deployment cycle on these types of projects. Your mileage may vary and if it doesn’t work for you I’m offering a 100% monetary refund. The complete demo app is available at darrinholst/heroku-nodejs-build-demo and the library that I extracted out of it is available at darrinholst/heroku-nodejs-build.

I had a few high level goals/requirements for this process:

Let’s get this out of the way since there’s not a lot different going on from a normal express based Node backend that you may have seen before. The only novel thing I’ve added is TypeScript support. That means we now need a build process for our backend code. All of our building is handled by webpack. Love it or hate it I’ve found if you stay just far enough out of the weeds it’s not that bad.

This is the entire config for the backend side.

Backend Apps with Webpack is a great post to learn what is going on here, but the tl;dr is JavasScript and/or TypeScript files go in and dist/index.js comes out ready to run with Node.

Other than that it’s a traditional Controller / Service / Repository stack.

Authentication is handled by jwt.

Config files are an important part of one of the requirements of having a single release artifact. Environment variables are the other player in staying away from manually changing files. See The Twelve-Factor App for why that’s important. We use node-config to handle that. An example of how that looks in practice is here. The take away is that anything that can change or is sensitive should not be hard coded in your source code.

I won’t go in to a lot of detail on persistence since it’s not the point of this post. Just know that we use pg-promise for the runtime part and db-migrate to handle schema management. Personally, I don’t have a bunch of schema management since I usually just opt for storing JSON documents and handling it on the frontend side. Also, I’m not a DBA.

The frontend side is where things get a little more complex when it comes to webpack. I’ll spare you scrolling past the entire config, but it’s here if you want to follow along. I’m not a big fan of injecting css with javascript that webpack steers you towards so there’s some config in there to extract it out to it’s own file with extract-text-webpack-plugin. There’s also some junk in there to deal with development vs production builds since we usually don’t need minifying and external sourcemaps when we’re in development mode.

Just like the backend, (Java|Type)Script, Sass, and whatever else you can dream up goes in and bundled files come out. This time we’re outputing es5 for the browser and putting the output directly into the backend’s public directory so that whole file serving thing can work.

Follow your framework of choice guidelines to build out the frontend side. You’re on your own there, but for a small fee I can help you out with that.

The only other source code related thing that I like to add is a universal directory that any code that can be used by both the backend and frontend can live. The example repo has a simple utility class, but in some of my real projects this is where I’ve put model objects. This is handy if you want to share validation code between backend and frontend or if you need those models for building anything on the backend (what’s a web app if it doesn’t have a pdf generator 🙄). You’ll find another webpack config in this directory, but that’s just used for running tests which we’ll get into later. Both the webpack.config.js and tsconfig.json in the frontend and backend reference this directory so it’s available either place. Magic!

Source code and build config is all taken care of, now let’s get back to the one command to verify everything. Verify comes from my dark days as a Java developer where there was one maven command (phase?) to compile, test, and package whatever you were delivering. I’ve always thought this was a good idea so it has tagged along with me through whatever language I’ve been working in (the name, not maven). Also, if somebody breaks the build you can snidely drop them a “Did you even run verify?”

scripts/verify is where we’ll stick this script because it’s a script and it’s named verify ¯\_(ツ)_/¯ . It goes something like…

This is where you’ll define all the steps as to what verifying means to your particular project. Don’t forget the emojis…they’re important.

I’m using npm/yarn’s built in script running here. Check out scripty if you’ve tried this before, but ended up gouging yours eyes out after encoding shell scripts in JSON format.

Verify is at the minimum what you’ll do before you push your changes up. If it’s fast enough you’ll do it a lot more than that. I’ve found that the production webpack build and e2e tests are sufficiently slow enough to deter that and I usually just run the collection of tests that are going to be affected by what I’m working on.

This is as good of time as any to talk about testing. Ready? Do it.

I always start out with good intentions of building a Test Pyramid although sometimes my pyramid ends up looking more blocky than I want. There’s no better feeling than running thousands of tests in under a second. That warm, fuzzy feeling usually carries you all the way through waiting for your end to end tests to complete. (Who tf put those in again?). The confidence from e2e tests is pretty tempting.

As for tooling, I’ve settled on mocha-webpack for all the unit and integration testing and protractor + cucumber for end to end testing.

Testing is such a large and nuanced subject that I’ll just leave it at that. There are examples in the demo project. Feel free to hit me up with any questions.

Also probably coming out of the good ol’ Java days is the single release artifact which was the .war. Having 50 different effing environments to deploy to a few years ago helped get it through my head that there was no sane or safe way of making manual changes after a deployment.

Up until this point everything…config, verify, etc…has been local to your project. This stuff is usually unique to the project, but I feel like the process of packaging, releasing, and deploying could be extracted to a set of generic steps and parameterized to specify what’s unique to your situation. Especially since we’re targeting Heroku here. The package that came out of this is available at darrinholst/heroku-nodejs-build.

Once installed you’ll have access to the package, release, and deploy scripts so your scripts section of package.json will need these additions:

Its only requirements is that you have Docker installed locally and a scripts/verify script exists. Docker is needed because we need the heroku/heroku image so that we can build a slug that the Heroku dyno manager knows what to do with. Docker is also nice in that the only dependency (besides node/npm) you needs is Docker itself. When setting this up in a CI environment I just tell it to run npm install && npm run package && npm run release.

Side note: before I extracted these scripts to an npm package I didn’t even need Node installed on CI.

The package script will run scripts/verify from earlier, but local to the docker container this time. If it runs successfully it will then tar everything up into a slug and put it in the build directory.

Releasing is simply taking those artifacts built from package and storing them somewhere. That is what the release script does. It uses the GitHub Releases infrastructure for storage. This is where your deployable artifacts will live and this is where the deploy script will retrieve them from when deploying. It will also assign it a sequential version number and tag the repo with that so you have a complete trail of everything.

It will need a couple of environment variables set to tell it about which GitHub repo you’re working with and a token for authentication. See the README for details.

Almost done, hang in there. The act of deploying is just choosing a release and telling the deploy script which Heroku app you want to deploy to. As mentioned earlier, I’m guessing the majority of people know how to deploy to Heroku by the ol’ git push heroku master. What that is doing is hooking into that push, detecting what type of project it is, choosing a buildpack, using that buildpack to create a slug, and then running that slug on a dyno. What our deploy script does is skip the building of the slug part since we already have a slug from the package step, downloads the release that we want from GitHub and uses that pre built slug to run on a dyno.

Why not just use Heroku’s Node buildpack? - because we have a non trivial build process for both our backend and frontend and it will likely timeout with anything other than a simple app. Also, you probably don’t want to be building your application as a part of your deploy. You already know that you have a good build since you ran all of your tests against it in the package step. Just deploy it [here] please. Although not as relevant now with the introduction of lockfiles with yarn and npm 5+, another benefit of doing it this way is that your complete dependency tree is locked in at package time. Even with lockfiles installing stuff from the scary internet at deploy time should still make you raise an eyebrow. 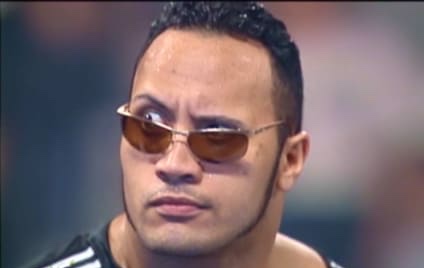 You deserve it for making it this far. There are a few things that I didn’t cover like slack notifications, trimming the size of the slug, uploading sourcemaps, etc., but you’re smart you’ll figure it out. Drop in a comment, GitHub issue, or email with any suggestions.